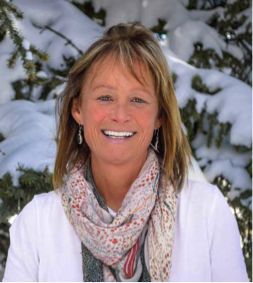 Dr. Burke is an ecosystem ecologist whose research has focused on carbon and nitrogen cycling in dryland ecosystems. She received her B.S. in Biology from Middlebury College and her Ph.D. in Botany from the University of Wyoming, and has taught at Colorado State University and the University of Wyoming. Her work with graduate students, postdoctoral associates, and colleagues has addressed how drylands are influenced by land use management, climatic variability, and regional variability. She teaches in the fields of environmental science, ecosystem ecology, and biogeochemistry.

She has received more than $20 million in grant support for research, and published more than 150 peer-reviewed articles, chapters, books, and reports. Burke has served as a member of National Research Council (NRC) committees to review national environmental research programs and policies, as a member of the NRC Board on Environmental Studies and Toxicology, on the U.S. Environmental Protection Agency (EPA) Science Advisory Board, and on international steering committees including the Global Change and Terrestrial Ecosystems International Geosphere-Biosphere Program and the Dahlem Conference. She has served on editorial boards for a number of internationally ranked scientific journals.

A respected educator and intellectual leader in the U.S. and internationally, Dean Burke is particularly interested in fostering interdisciplinary scholarship. She came to F&ES in 2016 from the University of Wyoming, where she was the dean of the Haub School of Environment and Natural Resources, one of the leading institutions in the western U.S. for research, teaching, and outreach on natural resource issues.

Senior Curator Emerita of the Institute of Economic Botany, NYBG; previously Director of the Forests and Livelihoods Programme in CIFOR

Christine Padoch is now a Senior Curator Emerita in the Institute of Economic Botany of the New York Botanical Garden. From 2011 to 2017 she was the Director of Research on Forests and Human Well-Being at the Center for International Forestry Research (CIFOR). An anthropologist by training, she spent more than 40 years carrying out research on smallholder patterns of forest management, agriculture, and agroforestry in the humid tropics, principally in Amazonia and Southeast Asia. Previous to her position at CIFOR, Padoch was the Matthew Calbraith Perry Curator of Economic Botany at the NYBG. She is the author or editor of a dozen books and of approximately 100 scientific articles and book chapters. Christine Padoch has served as a scientific advisor to many international projects and has been a member of the boards of several international research institutions, including the Center for International Forestry Research (CIFOR), the Amazon Institute for Environmental Research (IPAM), and the Earth Innovation Institute (EII). She holds a Ph.D. in anthropology from Columbia University.

President of the Rainforest Alliance

Nigel Sizer began his term as president of the Rainforest Alliance in February 2016, bringing with him 25 years of international experience in natural resource management.

As the former global director of the Forests Program at the World Resources Institute, Sizer led a hundred-person team geographically dispersed across Africa, Asia, and Latin America and launched path-breaking partnerships including the Global Forest Watch and the Global Restoration Initiative.

Sizer also served as vice president for Asia-Pacific with Rare, where he developed grassroots efforts to link impoverished communities in Indonesia to global carbon markets and pioneered community-based fisheries and marine protected areas efforts. In 2008, he served as lead advisor on climate change and energy issues in Asia to former US President Bill Clinton and the Clinton Global Initiative. He has also worked with the United Nations Environment Programme (UNEP) in Nairobi and established The Nature Conservancy’s Asia-Pacific Forest Program. He also founded and co-chaired The Forests Dialogue, and helped establish and lead the Asia Forest Partnership.

A globally-recognized authority on forests and landscape management, Sizer holds Bachelors, Masters, and Doctoral degrees in natural sciences and tropical forest ecology from the University of Cambridge. He has lived and worked in Brazil, Africa, and spent ten years in Indonesia. He has served on numerous boards and advisory groups including the Tropical Forest Alliance, the UNEP, the Rainforest Foundation, the Amazon Alliance, the Global Forest Foundation, and the Andean Center for Sustainable Development. A dual citizen of the United Kingdom and the United States, Sizer is based in the Rainforest Alliance’s New York office.

Chimère Diaw is the General Manager of the African Model Forest Network (AMFN), a member of the International Model Forests Network (IMFN) and of the Landscape for People, Food and Nature (LPFN) alliance. Chimère sits for Africa in the IMFN’s International Networking Committee and is a member of the Board of Directors of Ecoagriculture Partners in Washington. He is a member of the scientific MEP/Bureau of the Intergovernmental Platform for Biodiversity and Ecosystem Services (IPBES) as well as a Coordinating Lead Author of IPBES Regional Assessment of Biodiversity and Ecosystem Services in Africa. A member of the LDC Independent Expert Group (IEG) on the UN Post-2015 agenda, he also convenes the Forest Governance Learning Group (FGLG) in Cameroon, as part of a network of 11 countries coordinated by the International Institute for Environment and Development (IIED).

Chimère holds a PhD in Economic anthropology from Laval University, an MA in Rural Sociology from Michigan State University and a Master in Philosophy and Sociology from the University of Dakar. He has been a researcher and programs manager for 35 years, 20 of which as international scientist with the International Institute of Tropical Agriculture (IITA), the Center for International Forestry Research (CIFOR), and the AMFN. He has led and contributed to several international programs on Adaptive Collaborative Management, Governance, Verification, Environmental Services and Rural Livelihoods, Alternative to Slash and Burn, Environmental Decentralizations, Criteria and Indicators of sustainable forest management, and Model Forests development in Africa. His research interests and publications include African history, migrations, modeling of the share system in fisheries, embedded commons, tenure and property rights, climate change, deforestation and food demand, parks and people, adaptive collaborative management, landscape governance and structural transformation of local economies, Model Forests, participatory action research and interactive social methodologies. Chimère has lived and worked in Senegal, the United States, Canada, Indonesia and Cameroon.

Native from Madrid, Spain, Víctor Arroyo-Rodríguez is currently a Full Researcher at the Universidad Nacional Autónoma de México (UNAM). He earned his BS in Environmental Biology at Universidad Autónoma de Madrid, Spain, and a MS in Wildlife Management and PhD in Ecology at Instituto de Ecología A.C., Mexico. After completing his PhD thesis on the impact of forest loss and fragmentation on howler monkeys, he carried out a posdoctorate research on primate seed dispersal at Instituto de Investigaciones en Ecosistemas y Sustentabilidad (IIES), UNAM. Since 2010, he coordinates the Ecology of Fragmented Landscapes Lab at IIES-UNAM, focused on assessing the response of tropical biodiversity (both plants and animals) to land-use changes across different spatial scales. Víctor is particularly interested in understanding the effect of landscape-scale patterns on biological patterns and processes, and has published over 100 studies on the topic, including papers in Nature, TREE, PNAS, Biological Reviews, Conservation Biology, and Ecology. With ~3000 citations, 25 students, and >30 participations in national and international meetings, he has received several awards and honors, including the Young Scientist Award in Natural Sciences from UNAM (2014), a Membership in the IUCN/SSC Primate Specialist Group, and the Top Level (level III) in the National System of Researchers (CONACyT-Mexico).