Distinguished Senior Fellow at World Resources Institute; Senior Adviser to the David and Lucile Packard Foundation; Co-author of “Why Forests? Why Now? The Science, Economics, and Politics of Tropical Forests and Climate Change” 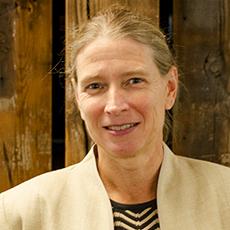 Frances Seymour is a Distinguished Senior Fellow affiliated with the Global Forests Team at World Resources Institute based in Washington, DC. Ms. Seymour also serves as Senior Adviser to the David and Lucile Packard Foundation, with a focus on halting deforestation and peatland conversion due to expansion of oil palm cultivation in Indonesia.

From May 2013 to May 2017, she served as a Senior Fellow at the Center for Global Development. In December 2016, CGD published her book, Why Forests? Why Now? The Science, Economics, and Politics of Tropical Forests and Climate Change (co-authored by Jonah Busch), to promote the importance of forests to climate and development objectives, and the potential of results-based finance.

From 2006 to 2012, Ms. Seymour served as Director General of the Center for International Forestry Research (CIFOR), an international organization headquartered in Indonesia, and was awarded France’s Order of Agricultural Merit for her service there. Previously, she was the founding director of the Institutions and Governance Program at World Resources Institute, and served as Director of Development Assistance Policy at World Wildlife Fund. Early in her career, she spent five years as a Program Officer with the Ford Foundation in Indonesia.

She holds an MPA in Development Studies from Princeton University, and a BS in Zoology from the University of North Carolina at Chapel Hill.

Taufiq Alimi is the Vice President of RARE, an international conservation organization focused on helping communities adopt sustainable behaviors toward their natural environment and resources. He supervises RARE’s programs in Indonesia, Malaysia and Timor Leste, which include implementation of Pride Campaigns related to marine conservation. Before joining RARE, Taufiq served as National Coordinator for the Clinton Foundation’s Clinton Climate Initiative Forestry Program in Indonesia, helping to develop carbon projects. He also has experience serving as Executive Chair of Indonesia’s National Forestry Council from 2008-2011 and as Executive Director of the Lembaga Ekolabel Indonesia (LEI) leading the development of sustainable forest management certification standards. He started his career in the NGO sector as Academic Director of Leadership for Environment and Development (LEAD), an organization focused on building leadership capacity for sustainable development.

Taufiq was researcher the Center for Strategy and Policy Studies in Yogyakarta and studied Nuclear Engineering at Gadja Mada University. 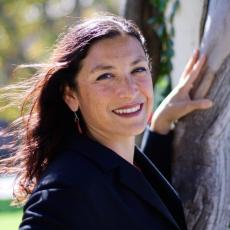 Leila is a mother; proud Chicana-Latina woman; and passionate defender of Mother Earth, the Amazon, indigenous rights and climate justice. Since 2015 she has served as the Executive Director of Amazon Watch, leading the organization in its work to protect and defend the bio-cultural and climate integrity of the Amazon rainforest by advancing indigenous peoples’ rights, territories, and solutions, including solar for energy, communications and transport in the Amazon. For 20+ years Leila has worked to defend the world’s rainforests, human rights, and the climate through grassroots organizing and international advocacy campaigns at Amazon Watch, Rainforest Action Network, Global Exchange, and Green Corps.

She is a 1998 graduate of the University of California at Santa Barbara. Leila lives in San Francisco, CA with her husband and two young daughters. 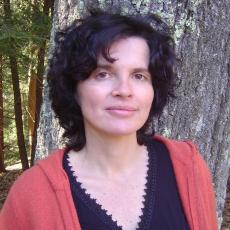 Dr. Maria Uriarte is a tropical forest ecology professor at the Department of Ecology, Evolution & Environmental Biology at Columbia University. Her research lab examines forest ecological dynamics in response to human land use and natural disturbances. She has studied the use of fire as an agricultural tool in the Amazon basin, and is currently working on forest response after hurricanes. Since Hurricane Maria hit Puerto Rico, her lab has been visiting El Yunque National Forest in Puerto Rico to study the forest dynamics after the hurricane. Dr. Uriarte applies spatially-explicit modeling techniques, data assimilation, simulation, and other advanced statistical and modeling tools to forecast the forest dynamics after such disturbances.

She holds a Ph.D. from Cornell University and and M.S. from Yale School of Forestry and Environmental Studies.