In the 2014 Conference, Yale ISTF offered its first ever Innovation Prize for outstanding ideas and concepts in financing tropical forest conservation.

For the 2015 ISTF Conference, ISTF awarded the Innovation Prize to landscape initiatives for biodiversity conservation that address (but are not limited to) the following points:

The MACO Initiative: An example of rural-urban “idea innovation flow” for water and land conservation in Olanchito, Honduras 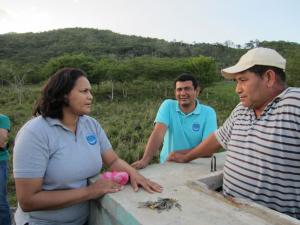 This project is located in Northern Honduras, in the municipality of Olanchito. Olanchito is adjacent to Pico Bonito National Park, a highly biodiverse region that harbors several unique and threatened species and faces numerous pressures tied to deforestation, including drought and forest fires, cattle ranching, and slash-and-burn agriculture.

EcoLogic Development Fund is a Cambridge, MA-based nonprofit that partners with rural and indigenous communities in Central America and Mexico to help local people restore and protect tropical ecosystems. In 2006, EcoLogic helped establish a local association of water committees from rural villages near Olanchito. Known as the Association of Water Councils of Pico Bonito National Park’s Southern Sector (AJAASSPIB), the group has worked community-by-community for nearly ten years to promote a comprehensive management approach that addresses ecosystem health and the needs of local people within and between villages. 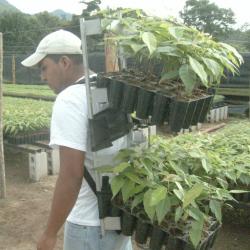 To support their environmental education, reforestation, and watershed management programs, AJAASSPIB collects fees from community members that are directed into local environmental funds. Contribution to the environmental funds is tied to incentives for development projects, such as a family’s eligibility to receive fuel-efficient cooking stoves—an innovative approach, developed entirely by AJAASSPIB, that has helped keep the funds cash-positive and the management of projects transparent and fair. AJAASSPIB has grown from four to 28 member villages, which draw water from 14 microwatersheds. A coalition of community members, municipal authorities, ranchers, and students work together to protect and monitor 33,500 hectares of critical ecosystems and watersheds. AJAASSPIB’s reputation for innovation, success, and hard work is based on its track record of helping communities secure their own water sources, generating the will and finding the means for local financing to sustain communal resources—in spite of the substantial political and social turmoil Honduras has endured over the past decade.

Olanchito, AJAASSPIB, and EcoLogic signed the Agreement on Joint Environmental Management of the Municipality of Olanchito (MACO) in March 2011. Working closely with AJAASSPIB and EcoLogic under theMACO agreement, Olanchito is now establishing environmental funds for conservation of the 6,500-hectareUchapa-Pimienta sub-watershed, which supplies water to its 40,000 residents. Olanchito has officially pledged to budget approximately $50,000 USD per year to an initial five-year effort. This level of municipal effort and engagement demonstrates the power of AJAASSPIB and its ability to influence the whole municipality to act to conserve an important landscape—and the species and ecosystem services it holds. 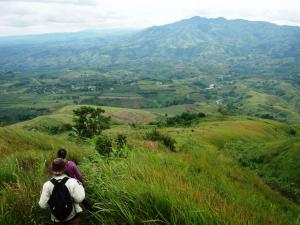 Originally a lowland tropical forest, the Arakan Valley in North Cotabato, Philippines has lost 94% of its forests. What remains are confined in three forest islands, two of which are global KBAs. 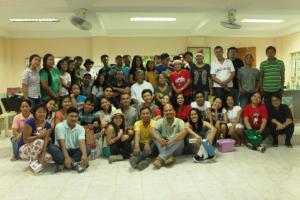 Using a ‘sustainable livelihoods framework’ approach, the well-being of 200Indigenous households performing clear environmental services is also being secured. During the previous year, household annual income has tripled fromrainforestation fees. Basic education, health and livelihood support were also facilitated as ‘conservation incentives’. Sustainable conservation financing and ‘in-kind’ incentives are brokered through ‘conservation agreements’ between communities and their government, private and corporate benefactors. We mobilized US $ 316,000.00 of funding so far through these innovative ‘private-public-community’ partnerships.  Recently, a total of 36 ha of small, natural forests patches within production landscapes that are wildlife ‘stepping stones’ in between core zones will be rehabilitated and expanded through a private-landholder restoration initiative.